You Are Here: Nitrogen Liquefaction System 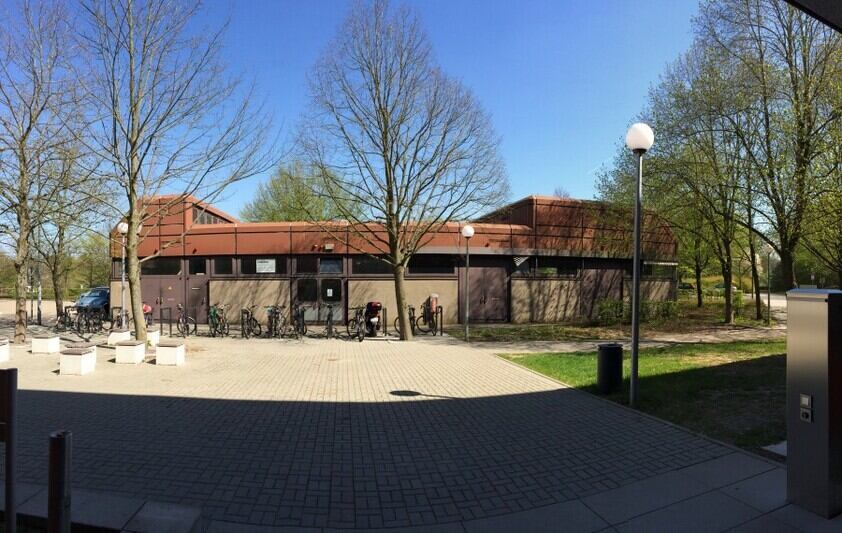 The 2nd Institute of Physics of the RWTH Aachen University operates two nitrogen liquefaction systems, that extracts the nitrogen from the air. So it is possible to abstain from buying nitrogen on the open market.
In scientific research liquid nitrogen is necessary as a cooling medium to reach low temperatures. N2 condensates at a temperature of 77.35 K. It can be easily extracted from the air, therefore it is preferred for cooling at temperatures above 77 K, instead of using expensive helium. In this way high-temperature superconductors can be cooled with a sensible expenditure. In addition liquid nitrogen is used for gas pre-cooling of the helium liquefier in order to extend the production rate. For the production of one liter of liquid helium also about one liter liquid nitrogen is needed. 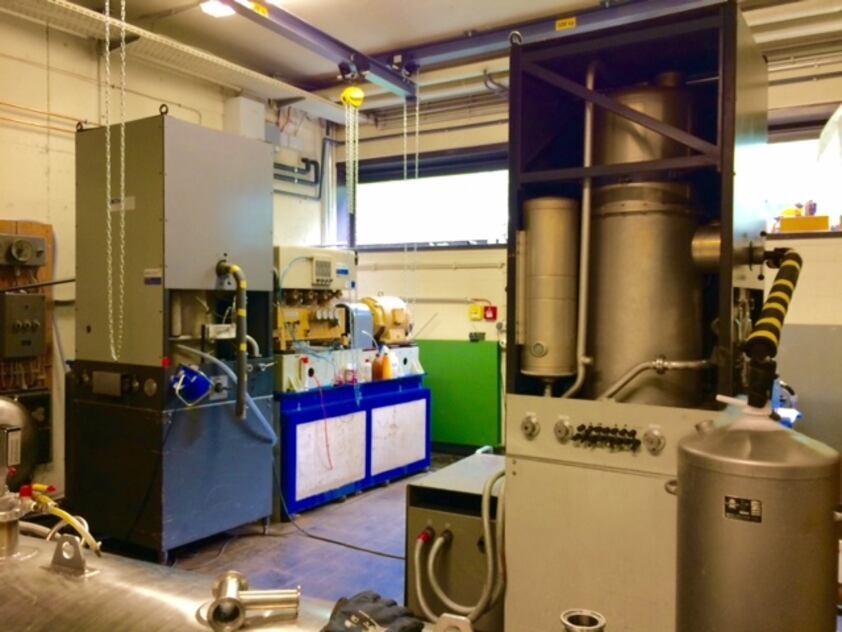 The commercial available liquefaction systems (Phillips company) are capable to produce up to 60 liters of liquid nitrogen per hour. The cooling proceeds in two steps. In the first step the nitrogen is separated from the oxygen by utilizing the different evaporation temperatures. In the second step the remaining nitrogen is condensed and stored in 500 and 1000 liter dewars. The helium liquefaction system, which is located in a room next to the nitrogen liquefier, is connected via a transfer tube to the liquid nitrogen dewar in order to ensure the pre-cooling.