You Are Here: How to Untie Magnetic Nano-Knots

How to Untie Magnetic Nano-Knots

Researchers from Aachen, Kiel, and Reykjavik have published their findings in the renowned scientific journal “Nature Physics” 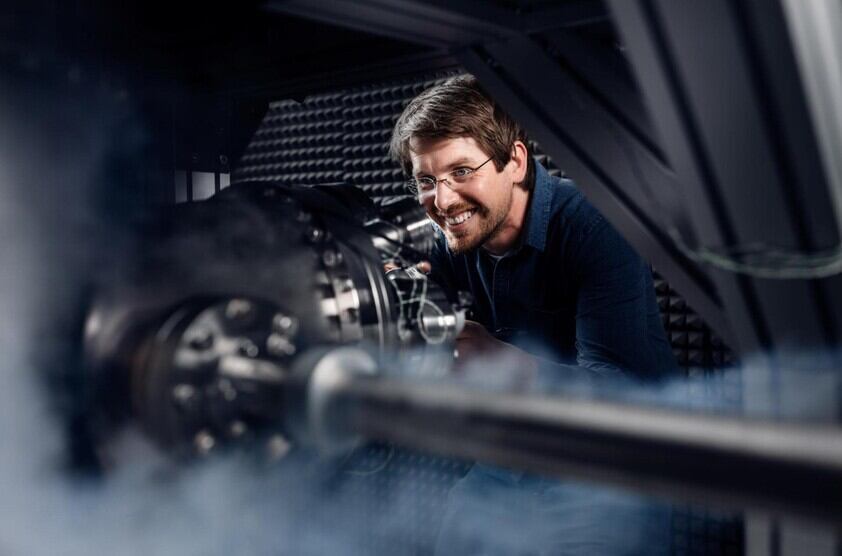 Skyrmions – tiny magnetic whirls that appear in certain combinations of materials – are considered promising information carriers for future data storage. A research team from RWTH Aachen University, Kiel University, and the University of Iceland has discovered that these magnetic nano-knots untie themselves in two distinct ways. Using a magnetic field, the probability to succeed in untying can be varied by up to a factor of 10,000. This insight might be groundbreaking for future information processing with skyrmions. The research has now been published in the renowned scientific journal Nature Physics.

The magnetic nano-knots encode information by their presence or absence. Key advantages of the knots are that they are extremely stable, only a few nanometers in size, exist at room temperature, and can be moved by very small currents. Due to the small currents, the formation is read out and written in a very energy-efficient way. In principle, skyrmions can also be used for data processing, such that processing and storage can be combined in a single structure. This would make computers more compact and, more importantly, more energy-efficient. Based on these very promising characteristics, researchers worldwide are striving to optimize skyrmion properties, particularly focusing on skyrmion stability. While skyrmions are usually extremely stable, the smallest skyrmions, which are required for adequate data storage density, still decay far too quickly at room temperature. A detailed understanding of possible decay mechanisms could provide insights into how to significantly improve their stability.

The exceptional stability of skyrmions is a result of the knot-like configuration of these atomic magnets. As with a piece of rope, where the end of the rope must be pulled through a central hole, untying the atomic knot requires considerable effort. For the magnetic nano-knot, there is a slightly easier solution – after reversing a single atomic magnet against the restoring forces of its neighboring atoms, the knot decays continuously without further effort. However, until now, it was not known which of the atomic magnets of the around 100 in a skyrmion is reversed most easily and what exactly the process is.

The researchers from Aachen, Kiel, and Reykjavik pooled their expertise to answer these questions. “Which atomic magnet is turned depends on different conditions,” explains Florian Muckel from the RWTH Chair of Experimental Physics (Solid State Physics): “By changing a magnetic field that acts on the skyrmions, we can choose between two distinct mechanisms.” The first mechanism initially compresses the skyrmion to the size of a single nanometer to ease the subsequent spin reversal in the center. The other mechanism shifts the center of the knot one nanometer towards the skyrmion periphery, before an atomic magnet can flip its orientation there rather easily. As Professor Markus Morgenstern, holder of the Chair of Experimental Physics (Solid State Physics) explains: “With the help of these two processes, we were able to improve the efficiency of untying the nano-knot. The stability of the skyrmion changes by up to a factor of 10,000, where the most stable configuration can withstand one hundred trillion unknotting attempts before the knot unravels.”

The novel understanding of how to untie magnetic knots is based on a precise comparison of experiments conducted in Aachen with theoretical work of the researchers from Kiel and Reykjavík. Atomistic computer simulations, based on new theoretical tools that took many years to develop, are able to track the movement of each atomic magnet in the untying process. “Thanks to the use of material specific interaction parameters obtained from quantum mechanical calculations, the simulations show a very good match with the innovative experiments,” explains Professor Stefan Heinze. For the experiments, single electrons are deposited at distinct positions within the skyrmion. At each position, it is determined whether the nano-knot remains present or disappears with the help of the excess energy provided by the extra electrons. Based on this information, maps of the probability to succeed in untying the knot have been created. “The agreement between experiment and simulation is impressive,” comments Stephan von Malottki, University of Kiel, who performed the simulations. “It is a great success of our theoretical approach,” adds Dr. Pavel Bessarab from Reykjavik, who, thanks to an Alexander von Humboldt grant, worked in the research group of Professor Stefan Heinze in Kiel in 2019.

The researchers believe that the new insights on the limits of stability of the magnetic nano-knots will help make them even more stable in practice. Improved stability of skyrmions will make their application in information processing more efficient. This might help the nano-knots to be applied in commercial data storage in the near future, according to the researchers. 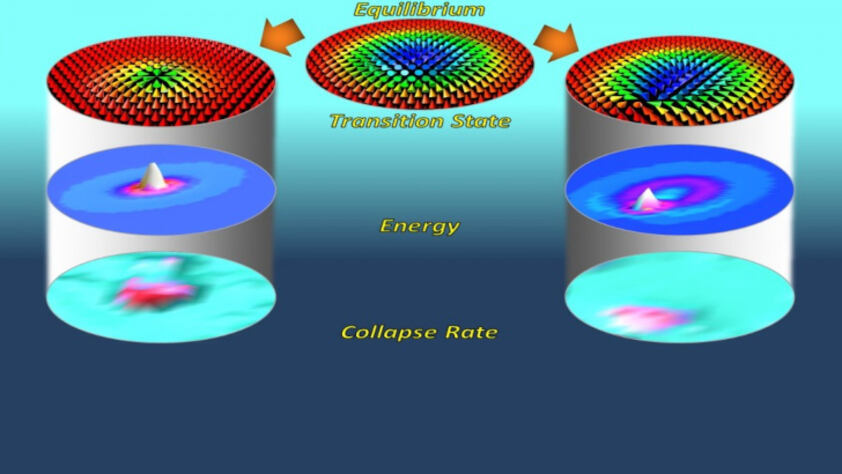